Penetration Testing Can Help to Reduce Vulnerability of Software

A penetration test of software is also called a pen test and is used to improve testing efficiency and to automate tasks. Such issues are often difficult to discover when analysis techniques are used manually.

Penetration testing can use either static analysis or dynamic analysis and these techniques allow to pinpoint security vulnerabilities, zero in on malicious code and discover poor functionality that often leads to security breaches. The testing software can determine the level of encryption and whether usernames or passwords allow for a backdoor entry to applications. Penetration testing can use binary scanning that gives accurate results for the test, and the methods used for the testing are being constantly refined and developed. The testing is effective if it produces fewer false positives so that software developers can concentrate on remedying the problems instead of looking for threats that may or may not be there.

According to Firmus,  penetration testing can also be carried out manually and this helps to add human expertise to the testing software. It allows for complete coverage of vulnerability and also helps to target risks that come from flaws in design, and business logic. Manual testing can ensure detection of all vulnerability and flaws in any software. Once vulnerabilities and threats have been detected and evaluated, the testing must address the risks that have been identified throughout all the code in the software.

It is essential that penetration testing be suitable to the size of an organization and its complexity. It is needed that the testing must include all key access points, network connections, key applications and sensitive data. The testing has to try and exploit weaknesses and vulnerability in the software that allows access to network level and applications. The aim of penetration testing is to determine the likelihood of unauthorized access to files and key systems. Once it is determined that such access is possible, the vulnerable points have to be secured and the testing must be continued till the test returns clean results that effectively excludes any malicious activity and any unauthorized access. 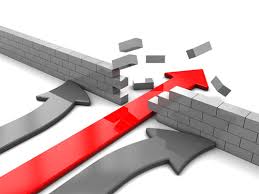 To start any penetration test, the goals and scope of the test must be defined and testing methods must be elucidated. It is necessary to have complete information about the mail server, domain, and network so that it becomes easier to understand its working and likely vulnerabilities. The software then needs to be scanned through static and dynamic analysis so that its working is understood, and its ability to withstand attempts at intrusion, assessed. The testing then uses backdoors, SQL injection and cross-site scripting to exploit vulnerabilities. The possibility of escalated privileges, stolen data, and traffic interception is gauged and the damage that can be caused is understood. At this stage, it is essential that the testing be able to determine the persistence of any exploitation of the system, as advanced threats can remain in a system for months and help to steal organizational data over time.

The penetration test results must then be analyzed so that the exploitation of specific vulnerabilities is understood, and identifying areas that allowed sensitive data to be accessed. The time that the tester is able to remain in the system without being detected gives an indication of its vulnerability and long-term security. Find out more at https://firmussec.com.

Should You Consider Outsourcing Work To A Software Company In Malaysia?

Videos of the Week 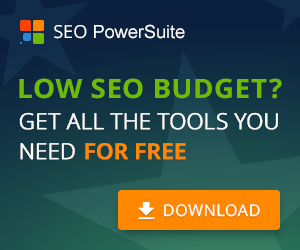